The T-TOPPRS simulates the process by which a tsunami that occurs offshore is transmitted through ocean waters, reaches the coastline, and runs up on land. This makes it possible to forecast how high the water level will rise as a result of a tsunami that reaches port areas and the coastline, as well as inundation of inland areas. The following figures reproduce the M8.4 Ansei Nankai Earthquake Tsunami of 1854, which had its hypocenter in the off Nankaido waters (off Kochi Prefecture). The simulation shows that the tsunami reached the back of Osaka Bay approximately 2 hours after the tsunami occurred. In order to trace the tsunami from the off Nankaido (off Kochi) to the interior of Osaka Bay, the calculation mesh is gradually refined in four stages. 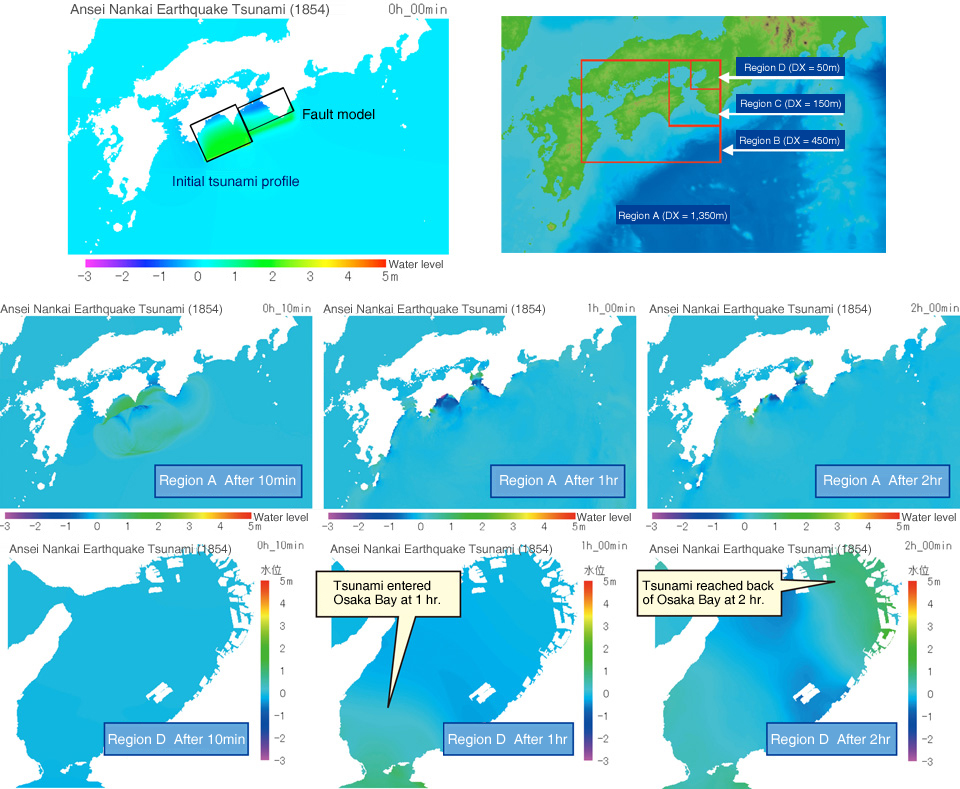 In the tsunami numerical simulation, first, the initial tsunami profile is given, and the change of its profile over time is tracked by solving a governing equation based on shallow water long wave theory. The tsunami initial profile is given assuming that changes in the sea surface are coincident with the distribution of upheaval and subsidence of the sea bottom as obtained from the fault parameters of the object earthquake. This numerical simulation program was introduced and is used under the guidance of Prof. Fujima of the National Defense Academy.