In the Concrete Placing Management System, placing of ready-mixed concrete is managed by using the internet and IC cards (RFID). Information including the status of operation of concrete mixer trucks, average transportation time, the time interval for placing on consolidated fresh concrete, results of quality control tests, and the allowable time until completion of placing for each concrete mixing truck is grasped in real time by personal computers and RFID card readers installed at the ready-mixed concrete plant and the concrete placing site, and the system is shared by the concrete manufacturer and the construction manager.

By grasping the time of manufacture and the transportation/waiting status of ready-mixed concrete, this system makes it possible to avoid traffic congestion and decreased concrete quality due to back-up of mixer trucks during the period until placing is complete, and to prevent cold joints and other defects by control of the time for placing on consolidated concrete. 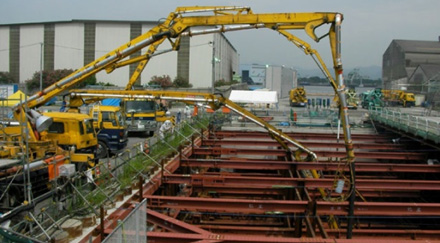 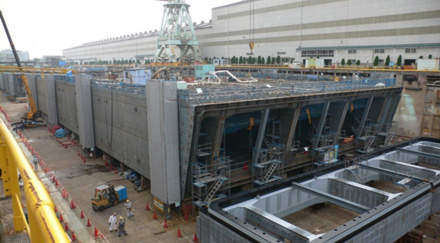