This is called Floating Pier Reclamation Construction Method in which a number of floating pontoon barges are joined to form a pier over which dump trucks can travel, and reclamation is performed by dumping soil directly at the reclamation site. Because volumetric changes in the soil are small in comparison with pump dredging and similar reclamation methods, a large amount of soil can be received at the site. As the soil charging location can also be changed freely by moving the barges, construction of a reclaimed site with a uniform soil layer is possible.

This method was adopted for ground preparation work at Hokuriku Electric’s Nanao Thermal Power Plant, the Osaka Bay Phoenix Project, where surplus soil waste from construction and other materials were received, and in other projects. 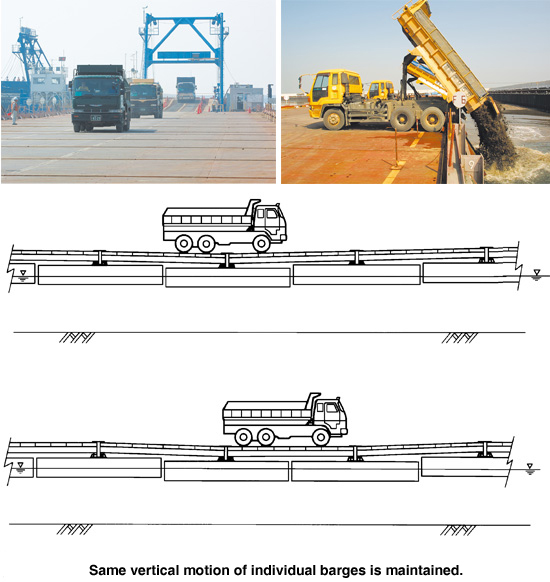