The DCM Construction Method is a construction method for improving soft ground by mixing a stabilizer (cement) with a soft soil layer formed by natural sedimentation or land reclamation at the position where the cement is to be used (in-situ placing) and allowing the mixture to solidify chemically. The Toyo DCM method is a systematized process, consisting of a series of technologies by which the stabilizer is produced in slurry form by the plant, conveyed to the mixing section at the leading end of the machine by a pressure pump, and achieves the specified uniform strength in the target range of the entire soil layer. It can be applied on both water and land. 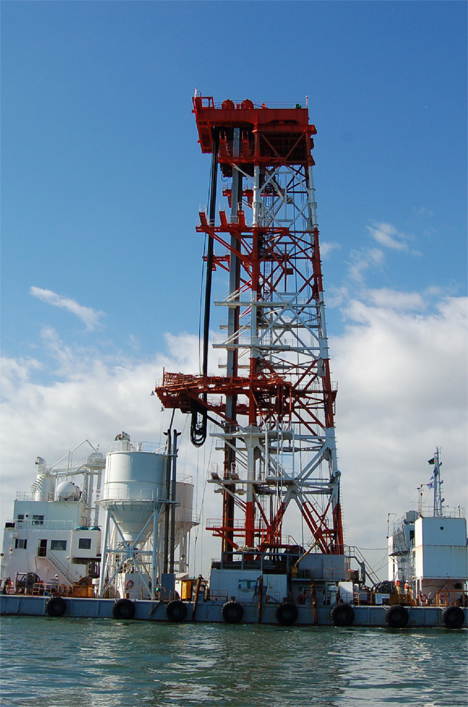 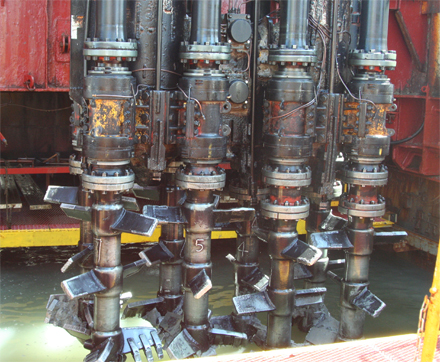 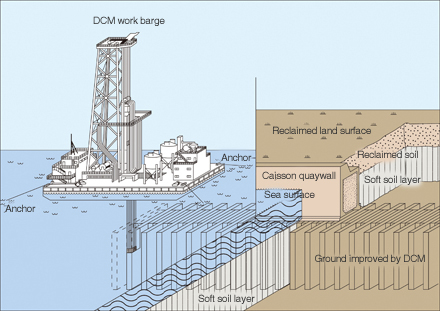